Direct link to this page:  http://tinyurl.com/mbmimpressions   tell your friends!

1)Prayer for America
2)Where are you tonight, Fallen Angel? 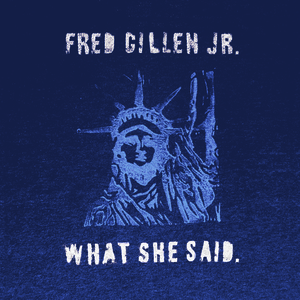 June 9, 2017″Prayer For America”, has such powerful lyrics about our ancestors who came to America and made it what it is today, with a hint of George Harrison “My Sweet Lord”,  sprinkled ever so lightly  throughout the song. In this highly charged political climate,  this should be our new National Anthem with the way our world is today.  Mark Schultz of Mark Skin Radio noting the political bent on his 6-7-2017 program when he played Gillen Jr.’s track.

“Where  are You Tonight Fallen Angel” , has a short but sweet story about looking for that special someone in every place you possibly can. This composition also has a few different musical elements that I hear of other legendary artists like Neil Young writing style and Jacob Dylan’s Wallflowers musical flavorings in the mix.  I think Fred Gillen Jr.’s vocals are superb – simply outstandingly – different from anyone’s vocals in today’s music, and both of these tracks should be in rotation on all sorts of radio stations.
Ed Wrobleski
Host/Producer of talking Hendrix on www.bostonfreeradio.com
Talkinghendrix{@}gmail.com 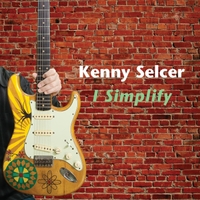 For those of us waiting forever and a day it seemed for new
product from Kenny Selcer the reward for the five or so year pause has ceased!

While Kenny’s touring schedule and musical commitments may have
kept him out of the recording studio there has never been a lessening of
his luminous stage performances.

Kenny’s follow-up to the superlative Don’t Forget About Me called
I Simplify continues his incredible talent to craft tunes that flourish in the
studio and
resonate on the concert stage.  We are gifted with fourteen
tracks that will take you on a musical roller-coaster from multifarious styles
and genres.

When you listen to I Simplify notice the length of time of each
track.  None clock in under four minutes.  This is stated to
solidify Kenny’s commitment to his art and the fans expectations.  It is
never about forcing a radio friendly tune that may win an isolated battle but
would lose the Rock & Roll War.

The opening track I Know It’s Not Too Late conjures up sounds of
early Dire Straits. Kenny not only grabs your attention from the initial notes
but holds it throughout the CD’s sixty-eight minute journey to the past,
present, and future.

It’s All Around You would make Tom Petty proud.  Kenny has
captured the sound and the feel but while paying homage make no mistake it is
still his own voice.A tune getting a lot of attention is “Without You.” Think Traveling Wilburys  Volume 1 meets Kenny Selcer and it begins to make sense. His ability to  change style and vocal inflection from  song to song is rare in the industry and to achieve desired results without any  notes ever being forced is even more  obscure in today’s lack luster musical  landscape.

It Was You will have fans of Eddie Cochran, Carl Perkins, and Gene
Vincent engrossed as to how in 2017  Kenny is delivering a knockout blow
with a cross of Rockabilly and Swing.
Wisely woven in the web is an instrumental Kenny’s Song. Its
purpose is multi-fold. First it shows his
ability as a guitar-player too long
underrated in the field.

Secondly placing it as Track 10 lets us
digest the lyrical caravan we have been
riding during the previous nine.
Ending the sojourn Kenny is joined by
a longtime friend Steve Gilligan
(legendary New England Band The
Stompers) contributing the bass-lines
on Stay Awhile. In the realm of the
recent works of John Mellencamp. A
flawless finale to the CD or should we
say beginning as I’m not alone hitting
the replay button. 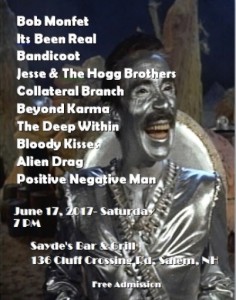 Herman’s Hermits Starring Peter Noone and Jay & The Americans 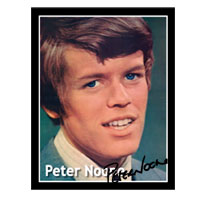 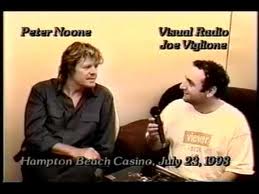