A Splendid Time Guaranteed for All: Peter Noone Live at Cary Hall https://www.facebook.com/HermansHermitsStarringPeterNoone/ 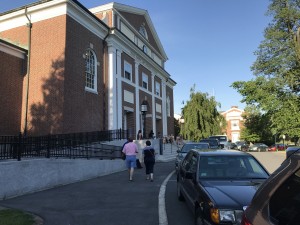 a SPLENDID time Guaranteed for ALL – Peter Noone at Cary Hall

While Beatlemania is spreading across the planet again at the dawn of the summer of 2017 –  thanks to the return of Sgt. Pepper’s Lonely Heart’s Club Band, the fellow who sold more records than the Fab Four in America at one point in time utilized his artistic alchemy to transform a bunch of aging seniors into teenyboppers again.     Starting the show off with the immortal Carole King / Gerry Goffin classic “I’m Into Something Good” – the ageless wonder in terrific voice and the audience going crazy.   Now Lexington, Mass. is a pretty town outside of Arlington and Burlington, a lovely little village off of Route 128 with a special charm.  Peter Noone made it clear that over fifty years ago he and his band mates had one dream: to play Cary Hall in Lexington.  The twisted humor more intimate than Mick Jagger’s shout out to Texas on the new Some Girls: Live in Texas ’78  CD that just landed in this critic’s mailbox (love that the Stones are releasing a ton of material on Eagle Rock; I reviewed the DVD of Some Girls Live in 2013 for the British mag Sabotage Times https://sabotagetimes.com/music/some-girls-live-in-texas-78-is-a-chance-to-revisit-the-stones-greatness )

The beauty here is that Herman’s Hermits are up close and personal when the last time I saw the Stones (was it 1995 with Jo Jo Laine? Yikes!) at the N.E. Patriots football stadium it was “faraway eyes” indeed, the band “so far away” that Carole King probably wrote that song prophesying the stadium concert experience.   That these theaters are popping up in cities and towns around Massachusetts (Regent Theater, Arlington, Stoneham Theater, Chevalier in Medford) is an interesting phenomenon that is snowballing…and most likely happening around America and beyond.   When a Peter Noone walks into the crowd a la guitarist Buddy Guy, it is a special treat for the audience that – for the most part – has much of the Herman’s Hermits catalog as part of the soundtrack to their lives.   “Dandy” followed as did “She’s A Must to Avoid” – two guitars, drums and keyboard / bass is the quartet of Hermits backing up Peter which creates a tight, entertaining quintet bringing music that spans the decades into what is truly a small village miles enough outside of the hustle and bustle of Boston and its surrounding communities.

Frankie Ford’s “Sea Cruise” – the sixth song in the set, rocked with sincerity on this smaller stage than Lynn Auditorium’s November 11, 2016 show (see review below.)  Exactly seven months later the band returning to this region to give the faithful a nice jolt on a Sunday night.   The artist known as the rock and roll king of the internet morphs into his alter ego, the Very Reverend Sung Long Noone   (link provided in case you think I’m kidding) the good Catholic boy bringing thousands of followers to Cary Hall and away from church…the pied piper Peter Noone and his Noonatics getting all rowdy, hand-clapping, the over sixty members of the audience engaging in so much fun that it would absolutely outrage a Montana city council.

In my July 23, 1998 interview with Peter at the Hampton Beach Casino you can hear Monkees songs being performed by Davey Jones.  Peter pays tribute to the great Mr. Jones with “Daydream Believer.”  It is beyond superb – only Peter Noone can cover the Monkees and make it as fun and authentic as the original.   Perhaps in the future the brilliant rendition of “Oh You Pretty Things” Peter covered from the other Mr. Davey Jones (David Bowie) can be added to the set…”there’s something happening here and you don’t know what it is…” what the heck, turn Bob Dylan into pure pop as well and add “Ballad of a Thin Man.”  You’ll have the Mr. Jones trifecta.   The Hermits in white shirts, black ties and dark suits – Peter joking that one of the boys got a dress from 1962 that Diana Ross had thrown away …of course if you read Wikipedia you know that the girls were called the “no hit Supremes during 1961-1963 and the guitarist probably wasn’t even born yet, but why quibble with minor details when the show is so much fun!  “Ring of Fire” gives Johnny Cash his due while “Leaning on the Lamp-post” – yes, the song written by Noel Gay from the 1937 film Feather Your Nest. brought a little cabaret to the festivities.

It is here that the Reverend Sun Myung Moon parody evaporates to a rock star holding an album up over his face with an image of himself from decades before.  Truly great dynamics with Peter singing to one guitar and not assaulting this audience in a small room with drums on every song.  Which leads to a tune Peter says he wrote “outside of Petco…” entitled something like “Traveling Light” with the words “I’m at the Cary Memorial Hall in Lexington Massachusetts” which, if you say it five times fast, is a mouthful.  Hope someone has it on a cellphone video!  To the audience’s credit, they actually were able to sing the ludicrous words and did so without skipping a beat. The Rev Sun Myung Noone in full control.

“No Milk Today” was sheer magic. Pre-10CC Graham Gouldman’s song an incredible bouquet of melodies with the chorus starting the song off as the verse.   The Hermits cover of the Skeeter Davis classic “The End of the World” (which – appropriately enough, just concluded the bizarre HBO series The Leftovers which makes Patrick McGoohan’s 1967 TV opus The Prisoner look coherent by comparison.)   Noone claims the song was #1 for 15 weeks in the Philippines, a fact which Herman probably heard on The Leftovers or the Prisoner or both.

What should not be missed is that Noone’s voice is an amazing instrument hitting all of the notes and as fluid today as it was when he first joined the band – like his contemporary Steve Winwood – at about 15 years of age.  The Hermits outdid themselves on the ballad – the drums keeping it simple but with a grand beat, the string section from the keyboards building the absolutely stunning wall of sound with elegant guitar lines blending into tasteful leads. Incredible.

A more muted presentation than the November 11th 2016 event in Lynn which had a much wider stage where Noone gallivanted with the teenage energy that this time-machine-obsessed audience not only craves, but draws its power from. The Jagger parody of “Jumpin’ Jack Flash” more intense in Lynn, but still effective here as Noone shakes up the show for the sake of his fanatical Noonatics who attend multiple performances.    “Just a Little Bit Better,” “Listen People,” “Ferry Across the Charles River” (replacing Ferry Cross the Mersey,”) “Baby, Baby Can’t You Hear My Heart Beat” – take that Genya Ravan and your Goldie & The Gingerbreads (only kidding, Gen…)  – “Mrs. Brown You’ve Got a Lovely Daughter,” channeling the Ramones for a reworking of the 107 year old song “I’m Henry The Eight, I Am” and concluding with one of the finest compositions in pop music history, “There’s A Kind of Hush.”   The audience is standing at this point, an artist that can bring the senior set out past their bedtime and let their short hair down. So while the Beatles are re-selling “When I’m 64” this month, the phenomenon that is Peter Noone’s Herman’s Hermits bring their magic formula from town to town, that Brother Love Traveling Salvation Show that Neil Diamond identified.  Peter Noone is a show business pro, and he still has the voice, and the magic.  A Splendid Time Guaranteed For All …and tonight Mr. Kite is topping the bill. 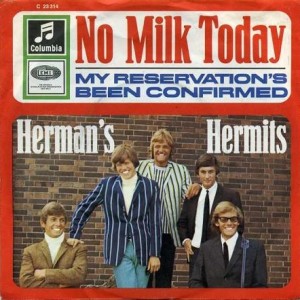 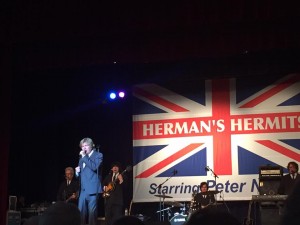 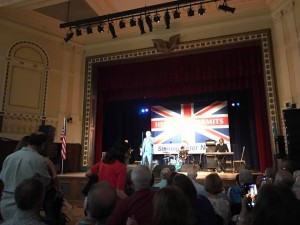 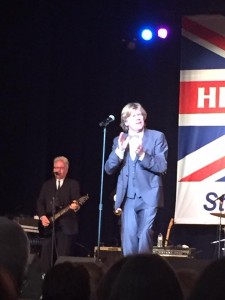 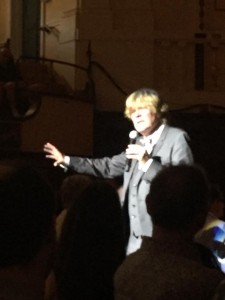 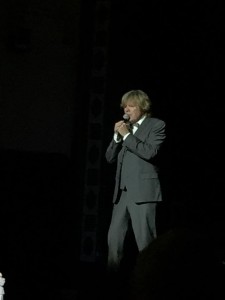 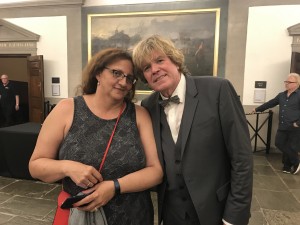 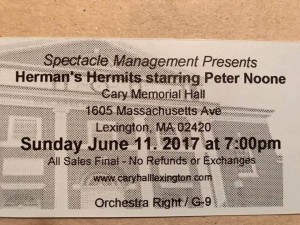 BUS STOP from The Hollies cover was not played in Lexington, Mass. but here’s a video from March 15, 2017…a bonus track!