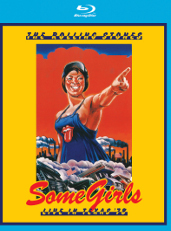 The business of archiving the Rolling Stones’ rich catalog!

Rolling Stone Magazine has an article “Five Essential” Rolling Stones Bootlegs,   which is a good start on the band’s underground recordings, however, with an institution this legendary one can hardly choose 5 boots when there are thousands – if not tens of thousands – out there. And unlike the Beatles who stopped touring, the Stones have always strategically mapped out the release of a new album with tour after tour, so there is beyond a library of material that people will be studying as the millenniums fly by.  It’s quite exciting, actually, thinking of the prospect of future generations cataloguing the music with technology not yet dreamed of.

Which brings us to the re-release of Some Girls Live in Texas ’78, Muddy Waters/The Rolling Stones Live at the Checkerboard Lounge and Ladies and Gentlemen The Rolling Stones.  With twenty-three tracks between Ladies and Gentleman and Some Girls Live, and an additional 11 tracks with seventy-five minutes of music on the Muddy Waters’ blues disc (the DVD has 15 tracks plus bonus material, so the list just keeps on growing…) there are thirty-four slices of Rolling Stones music unleashed at once, which is a very smart move given how Stones’ fans love to collect, be entertained, and study what is out there.  It was forty-seven years ago as a sixteen year old that this writer purchased Liver Than You’ll Ever Be, the amazing bootleg of the November 9, 1969 concert at the Oakland Coliseum released one month later, which I bought in 1970.  Wikipedia has a pretty thorough overview of the underground classic, so go there for further information.  The Wikipedia page also notes that Get Yer Ya-Ya’s Out! (the response from Decca and the Stones to the bootleg, ostensibly ) was heavily overdubbed which – as much as the purist in me believes in documenting the event as the event unfolded, I have no problem with film colorization (go back to the original print if you wish) or enhancements.  As with “New Coke” the late CEO of Coca Cola, Roberto Goizueta said something about the ability to always go back to the original formula.  Ya-Ya’s could always find the original tapes released some day, but that the album is so very good, and has Liver Than You’ll Ever Be forever as a companion piece to we Rolling Stones fans who lived through the era, we pretty much have found the satisfaction Mick can’t get no of.    Lulu’s best of both worlds, as they say.

So where do Ladies and Gentlemen, Some Girls and Muddy Waters / Stones Live at the Checkerboard Lounge, 1981 fit in?  With McKinley “Muddy Waters” Morganfield having passed away at the age of seventy in 1983, the Checkerboard Lounge is essential and delivers exactly what is promised while documenting Waters on a platform that would bring him to generations of people who can appreciate his artistry: working with Buddy Guy and the Rolling Stones two years before his passing.  The historical importance is obvious.

In my November 28, 2012 review of the DVD I noted “So Some Girls Live in Texas, ’78 is like the tail of a comet, songs from Exile and Sticky Fingers mixed in with the core material from 1978’s Some Girls studio album.  The band was younger, the sensibilities pure rock & roll, the delivery excellent.”   Studying the music in my car – driving around (which is a key way to listen to the Stones, at least for me, anyway…) we get “Tumbling Dice” re-worked – one of my all-time favorite of their songs – and a “Miss You” that is more appealing than the studio version which radio overplays and which the tinge of disco is a curse upon it. But it did go to #1, which was the point of it all. Marketing the album, marketing the tour.  Here we still get the disco groove but with more of a rock and roll edge. The song works better in the live setting and, though I hardly agree it should be in the Rolling Stone Top 500 songs of all time (#498 in 2010, Rolling Stone Magazine by way of Wikipedia,) it has a good groove in this album’s context.  “When the Whip Comes Down” and “Shattered” are lesser Jagger/Richards titles yet in the flow of the album with goodies from Exile on Main St. opening the CD, “Imagination” and the “Brown Sugar/Jumpin’ Jack Flash” closing – and wonderful 8 page liner notes booklet with collectible photos, this is a terrific release.    It doesn’t reach the heights that Ya-Ya’s and Liver Than You’ll Ever Be achieved, but that was a different time during the Mick Taylor / Jimmy Miller era, the fine wine that set a standard that few will ever reach.

The soundtrack album, Ladies and Gentlemen, the Rolling Stones, is more problematic. My memories of the film at the Music Hall in Boston in 1974 were that it was dark as a D.A. Pennebaker Dont Look Back or Ziggy Stardust film – director Rollin Binzer creating a murky document with sound that feels mono and Jagger’s vocals like they are coming out of a box.  45 years ago the band was in its prime and this writer being in the second row in Boston at the 19i72 concert during the famous Mayor White’s “My city’s in flames” speech – well, the movie clouds the memories, if you will, and it is supposed to be the other way around.  Culled from four shows in Houston and Fort Worth -reportedly in 32 tracks, you’d never know it from the mix.  Mick Taylor’s slide guitar in “All Down the Line” provides proof as to why the Taylor/Richard Stones had complementary guitars where Ronnie Wood is Keith’s doppelganger or shadow…sorry, Ronnie.  This is classic Stones music and the hope is that those 32 tracks can be reopened and a better mix eventually can surface. The 1972 tour was essential and Ladies and Gentlemen is sadly lacking. But, for the fans, it still gets a place on the shelf more for the moment than the production.

Eagle Rock’s catalogue of Stones’ releases is stunning http://www.eagle-rock.com/artist/the-rolling-stones/#.WUApHcYpDtQ  and these three releases

Some Girls Live in Texas ’78

Live at the Checkerboard Lounge 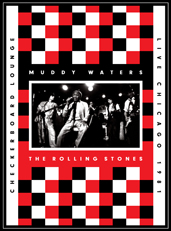 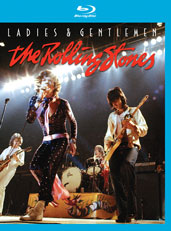