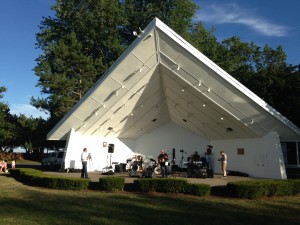 7/24/16  6:38 pm  One of the best nights of the summer of 2016 was had up at David Lynch Park in Beverly, Massachusetts.   People were playing volleyball in the sand, families  parked in on the huge lawn, and in the hatch shell performed Ditto, the amazing North Shore band promoting their new CD, Unconditional Love, and showing extraordinary prowess in performing hits of the Beatles, James Taylor, the Rolling Stones, America, Neil Young, Carly Simon and more.

Kimball performed with Simon in the past and when Gary Santarella embraces “You’re So Vain” from a guy’s perspective, it is a thing of beauty.  Perhaps the only singer that integrates hits of the pair that performed a duet on “Mockingbird” (though that song is not in the Ditto set) Santarella’s rendition of “Up On The Roof” blends the Drifters with James Taylor and on the water, with a stunning sunset and the wildlife looking for food from the audience, it made for a terrific Sunday afternoon/evening in the middle of summer.  Also putting the JT spin on Marvin Gaye’s “How Sweet It Is” (to be loved by you,” and a Neil Young spin on America’s “Sandman,” the versatile group treats each cover song from other artist as if it is part of the group’s own original music catalog. 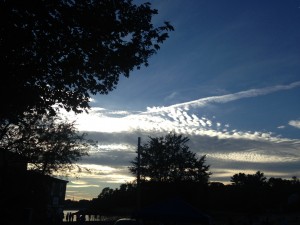 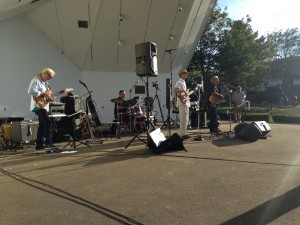 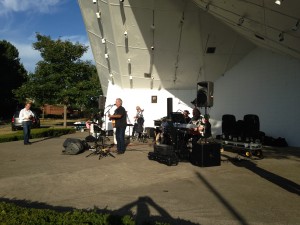 Gary Santarella and Roger Kimball are veterans of the New England area music scene, and on Saturday, May 21 they brought their five piece ensemble to the Village Tavern in Salem, where they usually perform as a duo every Saturday from 4 – 7 pm.    Playing their dizzying array of covers – Santarella goes from the Rolling Stones to Neil Young/America and beyond. He embraces everything Beatles (both Lennon and McCartney, as schoolmate Brad Delp of the group Boston did for so many years) and James Taylor – which – if you close your eyes – sounds exactly like James Taylor.

The five piece Ditto band, which is what they are called as opposed to the Ditto duo or duo of Ditto, had the place rocking, and the focus was on the new CD, Unconditional Love.   “Don’t Kick Me When I’m Down,” perhaps the best known of Gary Santarella’s originals having received lots of 50,000 watt airplay in 1986 and heard by many a record executive, to “Rocky” – an irresistible song about a beloved doggy, where the album’s title was drawn from, to “Daddy-O” and what is shaping up to be a regional hit, “Punta Cana.”

“Punta Cana” has all the elements.  Think the vibraphone and joy from Elton John’s “Island Girl” with the fun of “Margaritaville,” but without Jimmy Buffett’s intentional frivolity.  “Punta Cana” is serious, melodic, and the audience responded to it.  Great party which they will hopefully replicate in the Boston area, the group mostly touring on the north shore and the Cape Ann area these days. 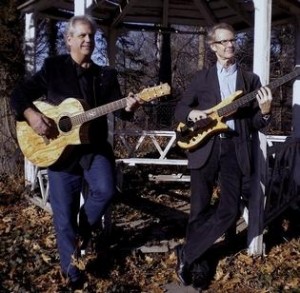 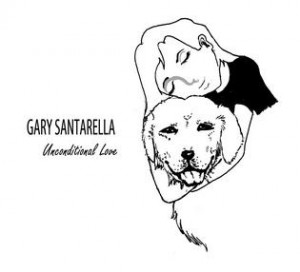